Skip to content
FREE SHIPPING On all US orders over $80

Have you ever wondered where all the vegan men are hiding? It’s no secret that veganism skews female - in the U.S, only around 22% of vegans are male. But what exactly is keeping so many men from embracing veganism?

The answer may have to do with how we think about masculinity. It goes without saying that most men will avoid veganism for the same reasons that most women will avoid it: misinformation and stigma, the perceived or actual difficulty of changing lifestyles, or just a general sense of apathy. But it is telling that women go vegan at such a higher rate than men. 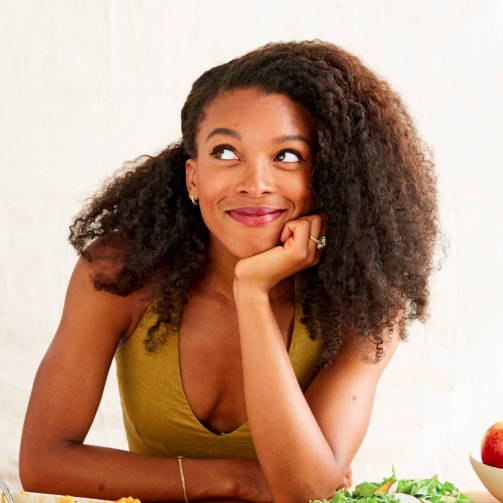 One reason for this may be that dieting is more accepted among women, and so the health benefits of veganism can be a huge draw factor. On top of this, many ‘vegan-adjacent’ lifestyles and practices, such as yoga, mindfulness, and meditation, also tend to have a larger female population than male.

Women are more likely to find a social circle that is encouraging of or at least acquainted with veganism than men typically are. Of course, expressing compassion for animal suffering falls within the stereotype of women as the naturally compassionate and ‘nurturing’ sex.

For men, going vegan may constitute a significant breach of gender expectations.Men who are vegan are typically seen as less masculine by both men and women. Men can be made to feel they are giving up their “man card” in going vegan, as eating meat is still considered a strong social indicator of masculinity.

On top of easily disprovable myths that high levels of testosterone are linked to eating meat - the truth is, vegan diets do not lead to lower testosterone (no, soy doesn’t either)! But despite this, men are still pressured to believe that meat-heavy diets are the only way to retain their manliness. For evidence of this, look no further than the way fast food chains and other restaurants advertise towards men- by playing on the fear of emasculation by the dreaded “chick food.” 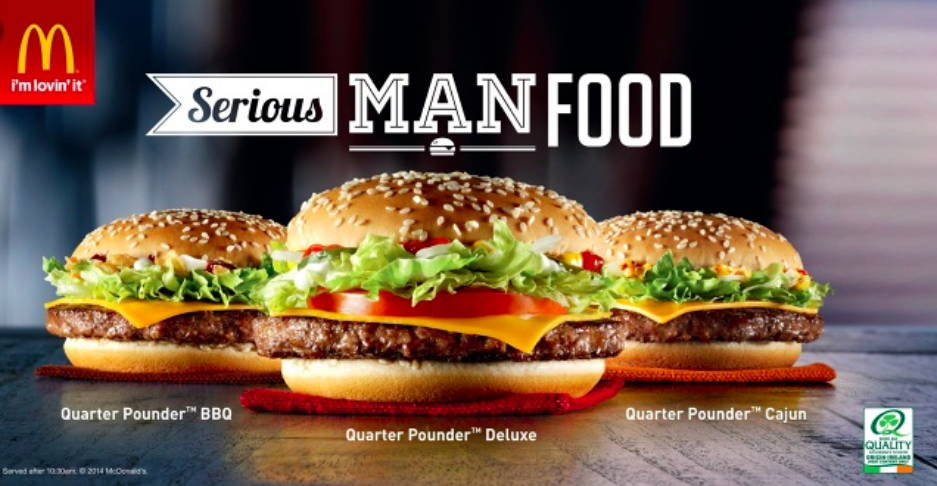 The association between meat and masculinity is used everywhere in advertising.

Even though most men no longer kill their own meat- and those that do often do so for sport, rather than necessity- there remains a strong cultural association between hunting and masculinity.

Author Carol J. Adams, in her book The Sexual Politics of Meat, famously drew a connection between the subjugation of women under patriarchy and the commodification and systemic abuse of animals as livestock. It is the same system, she argues, that encourages men to dismiss stereotypically feminine traits like sensitivity or compassion as “weakness.”

For a man to go vegan, therefore, is to be implicitly accused of weakness by the social structure at large. Implied by this attack on the masculinity of vegan men is the assertion that killing, even when unnecessary, is a part of masculinity.

But that perception is being challenged. The conversation about masculinity is gaining traction in the public eye, with actors like Brad Pitt, Hollywood’s go-to man’s man, speaking candidly about their changing relationship with what it means to “be a man.” It is now part of our discourse on gender, and we are beginning to realize that there is more than one way to “be a man.”

The old notion of a masculine identity plays up the idea of strength- but how strong can it be if it depends on something so arbitrary as choosing a steak over a salad, or a shot of whisky over a fruity cocktail? Of course, it takes real strength- both inner and outer- for a person to stick to their principles and change their lifestyle.

And more and more men are showing that strength-  in the sports world, for instance, many high profile athletes like MMA fighter Nate Diaz and Eagles’ safety Malcolm Jenkins are embracing veganism and proving wrong the belief that a meat-heavy diet is the only way to be strong. 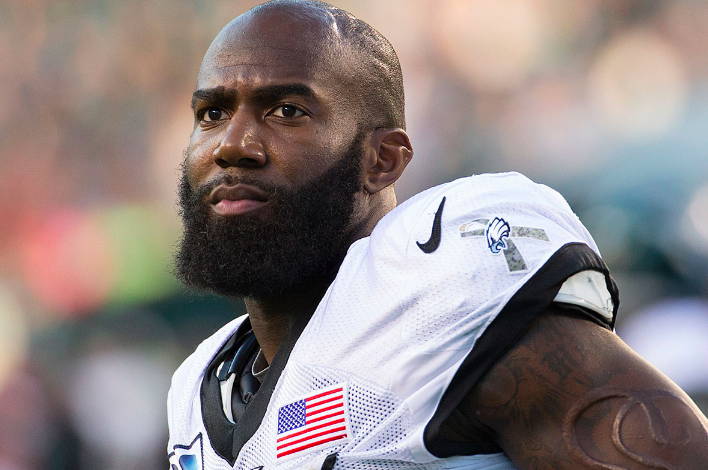 But don’t take our word for it- a new documentary about vegan athletes, The Game Changers, focuses on a variety of physical performers who have embraced veganism and come out stronger than ever. Produced by Arnold Schwarzeneger and Jackie Chan, these testimonials from real athletes who went plant-based will do much to challenge the idea that animal protein is the only way to reach peak performance.

So, where are they?

While the gender ratio hasn’t seen much change, the number of male vegans is certainly growing- the amount of vegans in the U.S skyrocketed from 4 million in 2014 to 19.6 million in 2017. More people than ever are becoming aware of the ethical, health, and environmental benefits, and thanks to the rising number it has never been easier to make the switch.

Vegan men are out there, and they come from all walks of life and every shape and size: former Mr. Universe Barny Du Plessis, Thom York of Radiohead, even Steve-O of Jackass fame, to name just a few. We are starting to see more and more men shattering stereotypes and announcing their veganism with pride, showing that there’s nothing masculine about eating meat.

We at The Vegan Warehouse are looking to support the growing number of male vegans by catering a product line just for them. We’re pleased to announce the launch of our men’s line starting at the end of October - including cruelty-free wallets, belts, and other accessories!